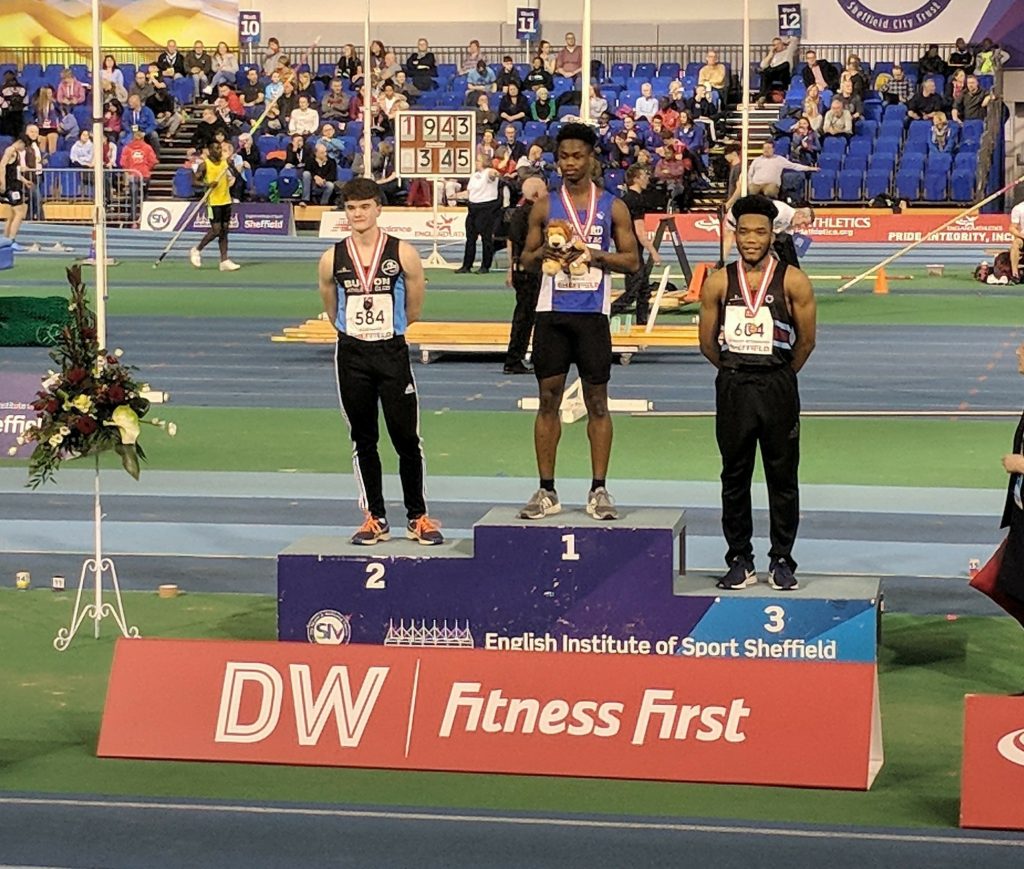 Having already secured the silver medal in the midland championships in Birmingham , Harry traveled to Sheffield knowing if he ran the same way he would be in contention for the medals.

Harry has broken his own PB and Club record 5 times this season already in the indoors and broke Jonathan Hornblows long standing club all time record which was 7.26s.

In the semi final he stormed through to claim first place and then in a tense final, he burst out the blocks and almost upset the favourite to take first place in a time of 7.02s and receiving his first national medal in the process.

We are all proud of you harry and also a special mention to harry s coach paul smith.