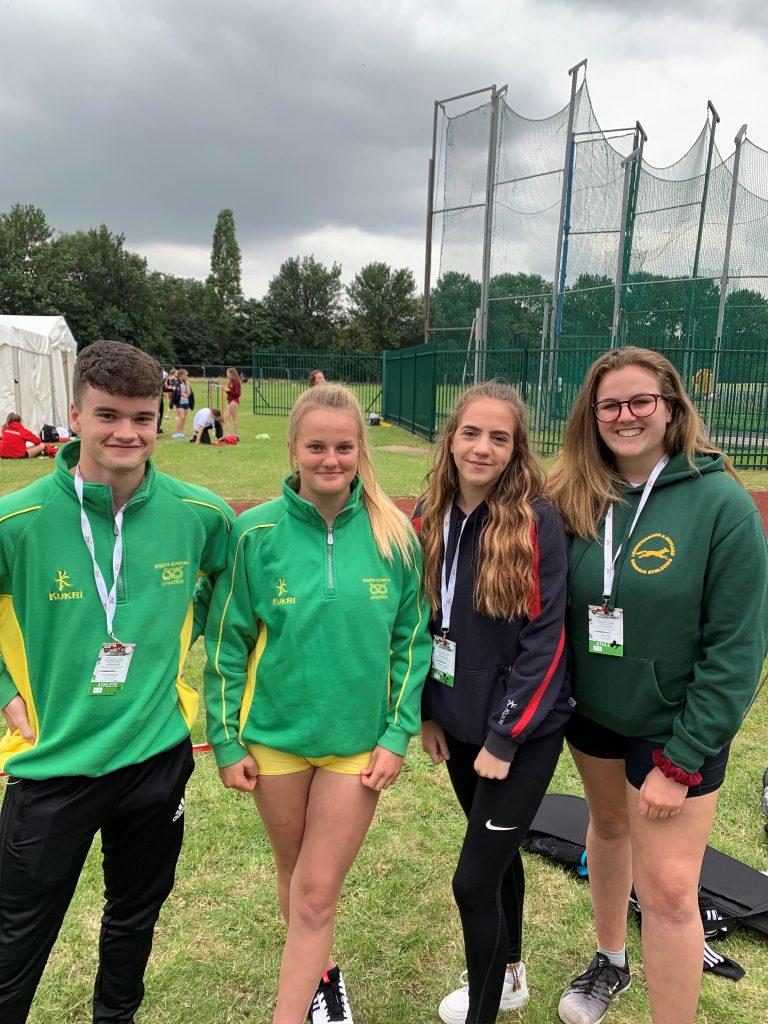 Burton AC Athletes were in action at National English Schools Athletics Championships at the Alexander stadium, the 4th biggest athletics competition in the world.

Having had the honour of being selected for their respective county schools’ teams, Burton boasted 6 athletes, the most they have had go to the championships in recent years.

First up was harry Handsaker in the 100m, after a uncharacteristic slip in the blocks, Harry took 5th place in the heat with a time of 11.17s. As he is the bottom of the age group, he will be back next year to make amends and hopefully challenge for the medals.

Francesca Sharpe, Making her third appearance at English Schools In the javelin. After a season of ups and Downs due to Injuries, just to be ready to throw was an achievement. She finished in 21st Position. Next year she will be competing for Staffordshire for the First time after representing Derbyshire for the previous three years.

Zara Acton was in the fortunate and very rare position of qualifying for two events, the discus and shot put. She opted for the shot put and took 9th position with a throw of 10.67m. Again, in the bottom end of the age group, she will be looking to improve on her position next year and challenge for the medals.

Rachel Burke, Having only taken up the hammer less than a year ago , has had a remarkable rise in the event and to selected for English schools is nothing short of remarkable with the hard work that her and her Coach Mia Sherriff has put in. Rachel took 18th Position with a throw of 32.71m. She is the Highest ranked u15 Athlete at the club.

Edward Sheffield , favoured the 200m over the 400m and took 7th in the heat with a time of 22.87s. He will be back next year with a target of making at least the semi finals.

Rebecca sheffield making her fourth and final appearance at the English schools in the 100m hurdles took 5th Place in the Heat and was part of the Staffordshire Girls relay team who took 5th place.

Well done to all our athletes , we are all very proud of you.